To get me back in my groove...

Presley's been loving the weather, digging for worms, collecting the nastiest looking insects she can find, getting her learn on at school, and just getting so big. 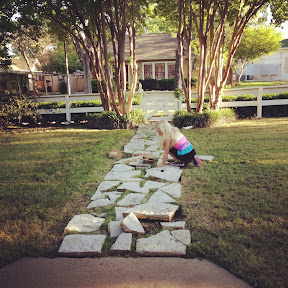 She knows I don't like to touch anything she finds under those rocks, but she still taunts me. 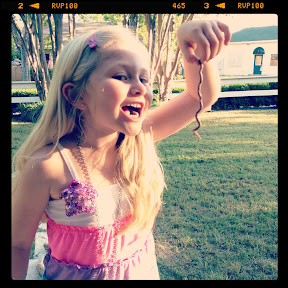 She wants to be a 'big kid' and to her that means not wearing dresses and skirts. I know, just when I thought I had her figured out!! She goes to school looking mismatched most days. Oh here's an example of not only the disgusting insects but the long sleeves with shorts, the blues with the blacks. 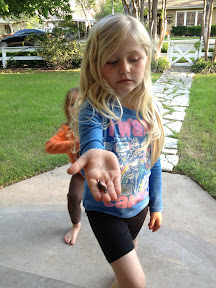 The other day she asked if she could wear [something I can't even remember] and when I said unexpectedly yes, she squinted her eyes and smiled and said, "you're a good mother" while she nodded. What if I had said no? She claims she still would think I was a good mother (I had to ask). mmmm,hmmmm

And everyday she changes right when she gets home from school causing much weeping and gnashing of teeth from the laundry girl. But I allow it so she can flex her independent fashion muscle. She knows she has free reign and takes full advantage, wearing something like this. 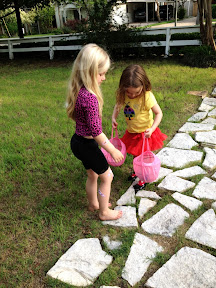 That shirt is size 24 months. No worries though, it's been donated.

See that red tutu Teagan has on? She's obsessed with it! She wore it to preschool three times in a row. Finally today she chose a red and green tulle tutu from the playroom. It's how I got her off the half hour I-don't-wanna-go-to-school tantrum train. 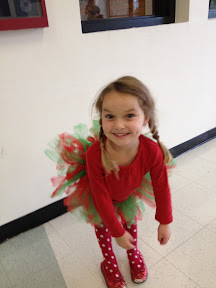 Other than that, Teagan has been our little butterfly catcher. She will spend all her outdoor time trying to sneak up on butterflies causing the untimely demise of a few. Finally Price made her a butterfly catcher. It was pretty gangsta. 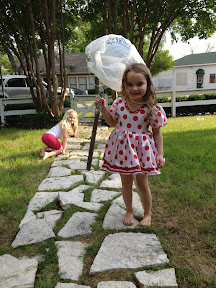 We finally ran across a butterfly net at the store and snatched it up speedy quick.

Teagan is a clown lately and will do whatever it takes to get you to laugh. She is constantly moving, jumping, crawling, climbing, running and falling and has bruises all up and down her poor little chins right now. She gets hurt all the time and yet still has no fear. 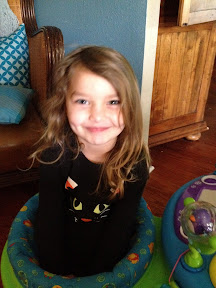 She loves potty humor, can get a tad over aggressive, and doesn't walk past Temple without talking baby talk and getting her to smile. 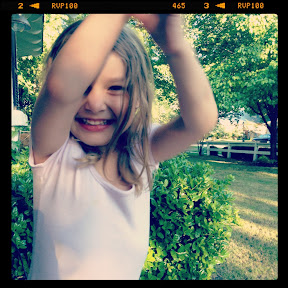 Baby Temple is getting so big! She's already almost 6 and a half months old! 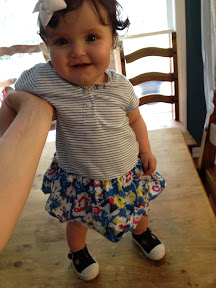 Loving this dress with those shoes! She's still a chunky monkey! She'll smile at anyone who looks at her! She's patient and content most of the time. She's even been known to take a bottle a time or two, sometimes with formula in it! This is huge for my offspring! But the last few times, not so much. So I guess she's over that.

We're just starting to get baby food and cereal down. She loves it. She really loves the food. The cereal she tolerates. 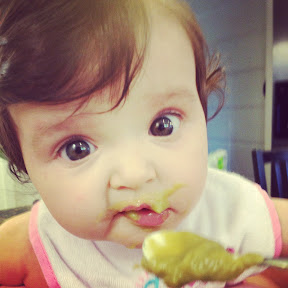 She's a weird sleeper. She'll wake up in the middle of the night and talk and kick and just want to be awake. Then she starts to fuss and is in between wanting to go back to sleep and stay awake. We've had a few good nights in a row, so maybe we're done with that too! 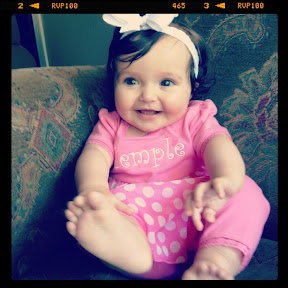 Temple is just starting to object when you take something away or when I put her down and walk away. So she spends lots of time on my hip. Lucky for me, she'll go to anyone right now! She does like her exersaucers and shares nicely during baby play dates. 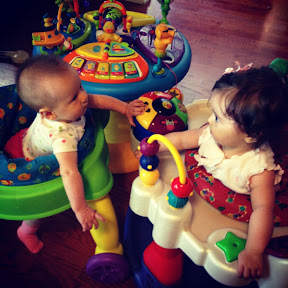 She was kicking Maverick the other day and he liked it! 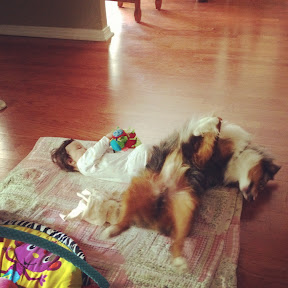 Last night on her mat, I heard her laughing while I was getting the big girls ready for bed. I looked and Maverick was laying by her smelling her face. I'm just going to assume he was NOT licking her face!! 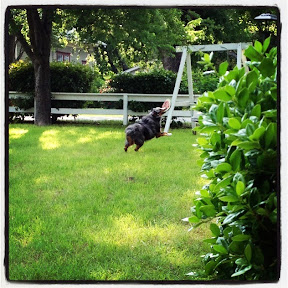 I bonded with him during a few runs, but then he had to go chew up a shoe! So he's back on my list. But we're working it out. 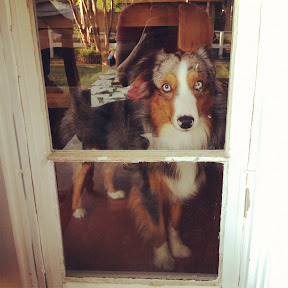 So Price and I are on the wagon to eating good and exercising. I do a bootcamp three times a week and LOVE it. Now don't get me wrong, I will still enjoy a cold daddy. 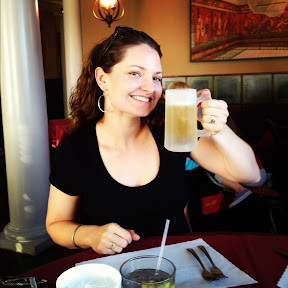 I was in my friend Han's wedding at the end of march and had to do about a full week long feminizing before hand. 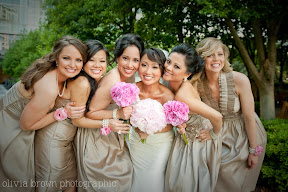 It was a beautiful wedding and fun to get all gussied up!

Price has been so busy with work and really finding the accounts he has rewarding and fulfilling. He spends every non-working minute with the girls. 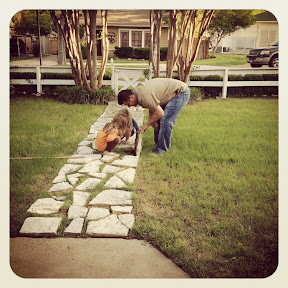 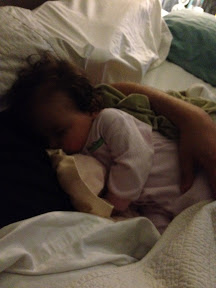 He does manage to squeeze in his other love. 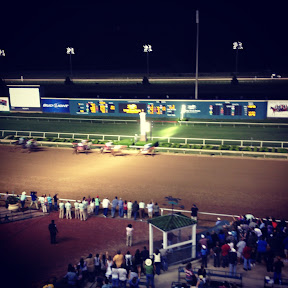 I think that about sums it up!

Posted by PointerFamily at 1:25 PM No comments: 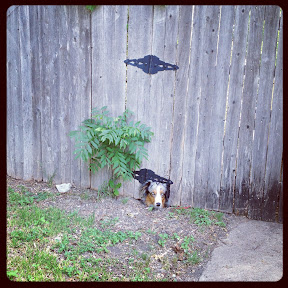 Posted by PointerFamily at 10:15 AM No comments: