I think we all know I'm usually a day late and a dollar short. But I still wanted to share what a nice Halloween season we had - the festivities just didn't end! The weekend before Halloween, my friend Monica had a Halloween costume party. This was our opportunity to let Presley be a princess. And Teagan was a little kitty cat! (Just for the record, I was Pippy Longstocking and Price threw on a poncho!) Thanks, Monica for hosting and having us over! (She's like 20-something-weeks pregnant with twins, soooo nice of her to still put on such a nice show for all the kids!) 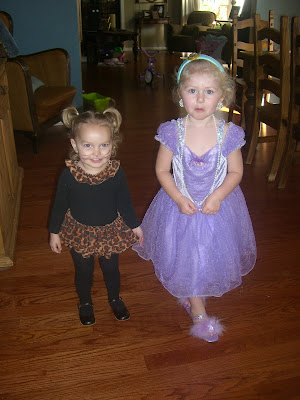 Then the Friday night before Halloween, we went to Aunt Shelly's Halloween party where ALL the kids and adults dress up. So much fun! (FYI, I couldn't get my scarecrow nose just right and it kept getting bigger and bigger...and WOW) 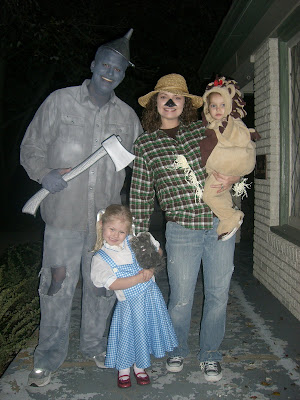 And don't forget the Hulk (Cash)! I didn't get a pic of Jacqueline, she was very busy with all her friends!! Trust me, she looked cute though! 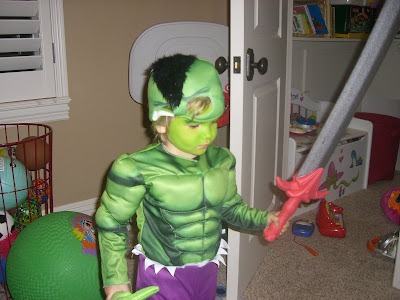 Then on Saturday, we went to Aunt Addie's house for dinner and then trick or treating around the neighborhood. 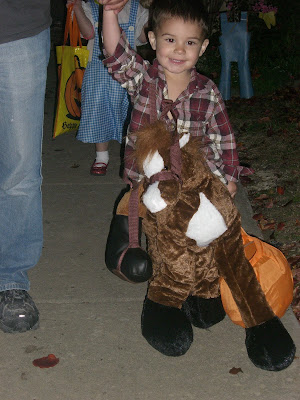 One ladybug (Dovie) in the stroller with a sucker. 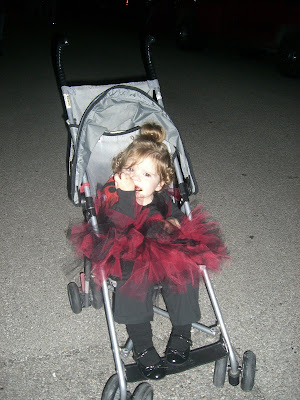 Dorothy and another little ladybug (Willa) in the wagon gearing up to go! 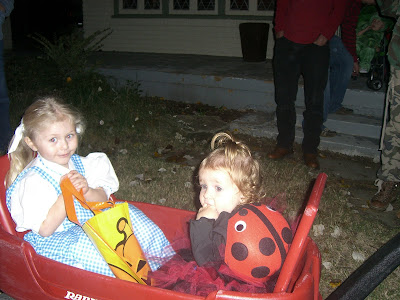 The Lion with something sweet I'm sure! 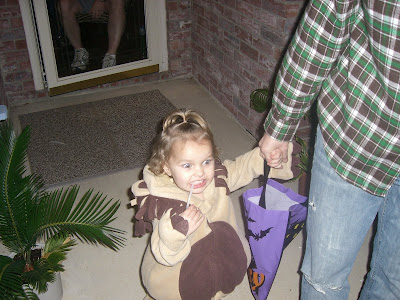 And don't forget the turtle (Kellan). (I guess you can just call the Kirby Family family friends, because I hate to say they're just Alison and Jay's friends.) 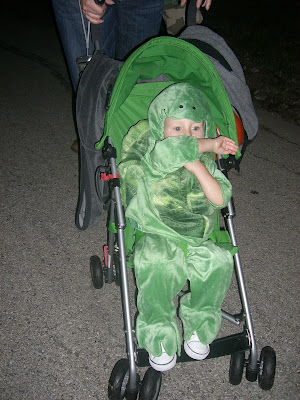 Mom and Dad stayed and watched the girls while we went to another costume party my friend, JT (actually now it's JW) was hosting.

We had a spider woman (who's missing her web (aka her hubby and their last name! Nice spin off!), the heartless and brainless pair, angel and devil, some roadsters, and a Mad Men couple! There were lots of other folks dressed up! There were umpa-loompas, the apple and mac guys, a bunch of swine flu, and many more! Thanks, JTW for a fun night!! 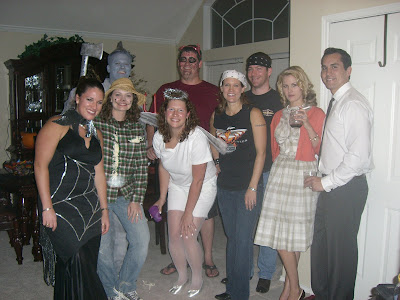 Posted by PointerFamily at 1:31 PM No comments:

Each year the Pointer Genovese Calhoun Family (aka Price's fam) has a pumpkin carving contest. And it gets competitive! We all had to bring our own perfect 'plumply, dumply pumpkin' (that's a book that Presley likes that we've read oh...at least 100 billion times) because there was some controversy over who would get the best pumpkin for carving out of what was available.

This year we even made it official with a trophy that says "pumpkin carving champion of the world". We all vote and this year Heath won, Poppa came in second, and I got third. Oh yeah, the little kids had fun too. They got to paint and decorate little pumpkins.


From left to right. Poppa carved a witch (evidently the same as last year), I carved Snow White, which the kids all loved, Shelly did hers in about five minutes, Price carved Mikey Mouse (he copied my Disney theme), Jacq carved a scary pumpkin eating a smaller pumpkin (all by herself) and Heath did a Joker thing with his. 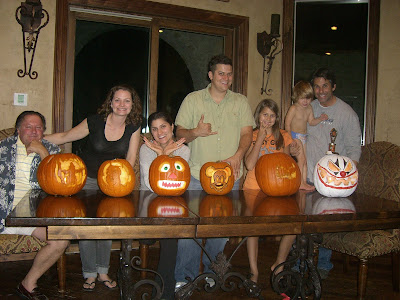 Here's Honey and the little kids stripped down to their skivvies to paint. (But really my kids are "ready to paint" nine times out of ten around our house.) 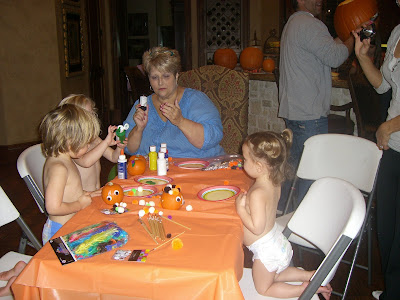 And here's all the pumpkins aglow! 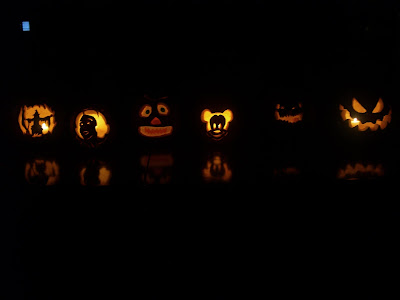 Thanks, Shelly for a fun night for all of us!
Posted by PointerFamily at 9:01 AM No comments:

Fun at the fair!

A while back we went to the fair on Wednesday with all the girls and Madden. Wednesday is bring two canned goods and get in for a buck. So we left all the men folk at work and took the kiddies to get a corn dog! Plus Aunt Mac was off and it was Rockwall's fair day. We all took the train from Garland to the fair. It was so fun and adventurous, my first train experience! Chloe had a friend with her so that improved the baby to adult ratio. Not that Chloe and her friend are adults by any stretch, but they helped hold a baby while we shuffled strollers and made sure everyone was on the train, which was no easy task. That was the only mildly stressful part.

These pictures are a little backwards, as usual!

This was actually just before we left to catch the trains on the way back. The twins were asleep by this point. And the other three needed to be! 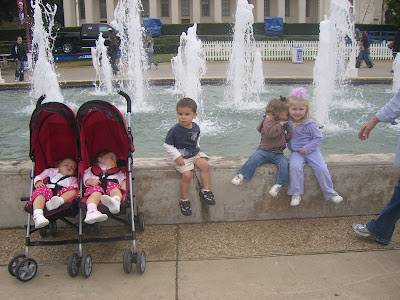 We went into this really fun free petting zoo! There were camelsm zebras, and these CUTE pink piglets among lots of other animals! 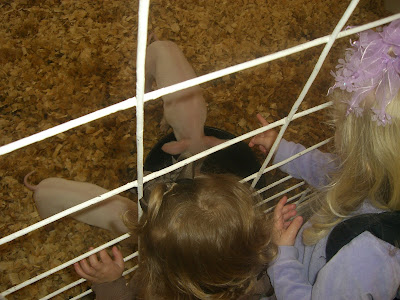 This was everyone on the train except for me! See, lots of kids! Price thought we were crazy! 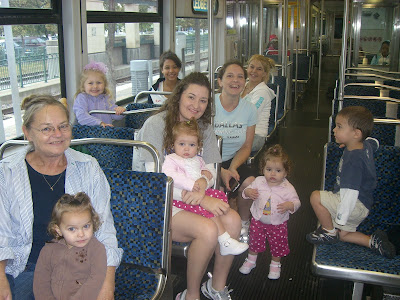 It was really fun and I look forward to doing it all again next year!
Posted by PointerFamily at 8:40 AM No comments: