We are fortunate enough to live very close to a couple parks. Every time Price and I discuss getting a big swing set for the back yard, we talk ourselves right out of it because we are so close. (Although it'd be nice to go swing in your pj's, but we're aren't too far from that sometimes at the park - I usually let the girls dress themselves!)

Anyway, I usually have my phone tucked in my bra (I guess like a pack of smokes, white trash style). So I'll usually snap a picture or two of the girls with my phone's camera, which isn't too shabby of a camera. 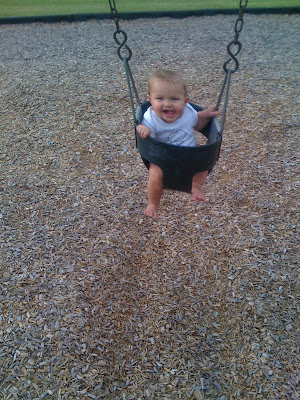 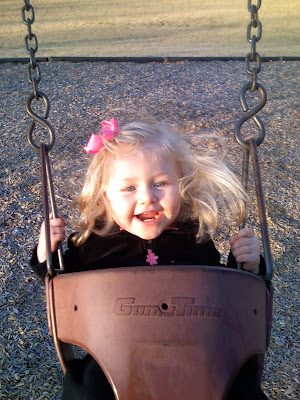 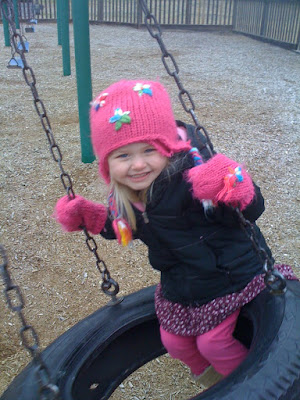 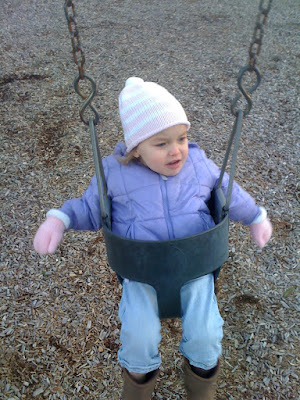 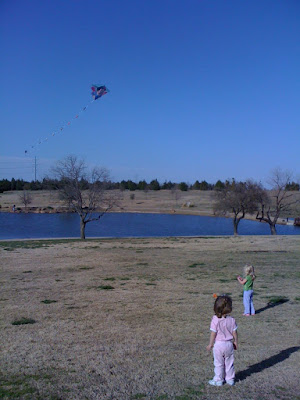 Love this one of Presley helping Teagan. 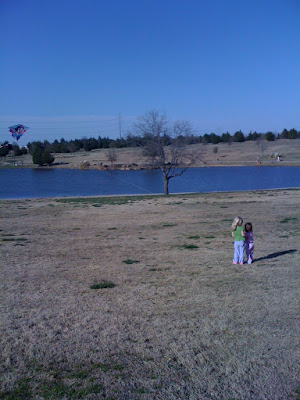 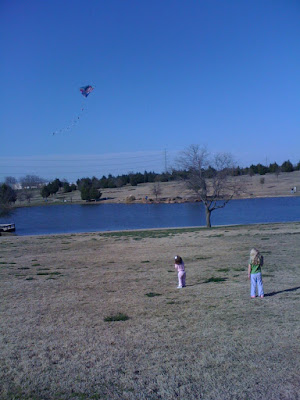 Where does the time go??

I was going to let the girls stay up and skip nap today. But then I came to my senses! So mama gets some down time and the girls will wake up refreshed (hopefully)! But now it's time for me to get busy, dang it!

Posted by PointerFamily at 2:09 PM No comments:

Someone said it was going to snow on Saturday. I didn't believe them. But when we woke up this morning, alas there was snow! And I ain't going to lie, mama didn't want to get out in it. Hubby shammed me into it, and I reluctantly got on my gear, got on Presley's gear, got on Teagan's gear, and helped hubby find all his gear. Like I told him, it wasn't the cold that bothered me, it was all the GEAR! Well in retrospect, I'm glad I did. Because like hubby said, we're making memories. Dang him for always being right! (And by 'dang him' I really mean bless him for being a good dad and even caring about making memories!) So I grabbed the big camera and took some snow pictures. Because last time I was having too much fun playing to take any good ones. So here's just a couple of my babies.

Presley's pics were limited for a couple of reasons. First, there was the snot. Second, she was in a pretty goofy mood. Third, she was having too-big-but-still-cute-hat-issues. But this one was cute, goofy and all. 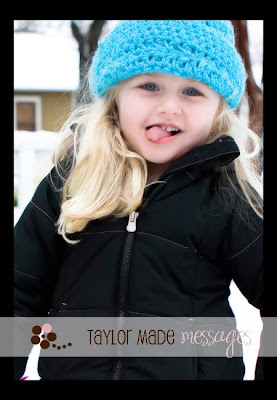 Teagan pretty much ate snow the whole time we were out there. I found this hat at a thrift store and she loves it! 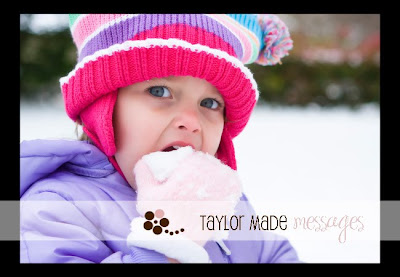 They came in and took a warm bath and then took a nap. I tried to take one, and fell asleep for a brief moment to wake back up and not be able to go back to sleep. So I got up and thought how do I want to spend this free time (because hubby was snoring at this point). Clean up the house? Uuuhhhhhh, never! Cup of warm tea and write a blog? Now we're talking! So right when I got in here and sat down, Teagan woke up. So she's been in my lap while I write. A common occurrence in this 'office'.

So instead of saying 'more snow....', what I really meant to say was, MORE SNOW!!

Posted by PointerFamily at 3:18 PM No comments: