After Presley made a few outcries of not being able to see, I decided to take her to get an eye exam since we missed doing it at her five year well visit. After getting referred to a pedi ophthalmologist, waiting for that appointment, getting a prescription, picking some frames out, waiting for them to come in, Presley finally got to wear her new glasses to school. She was so excited. When she put them on for the first time, she said "goodbye foggy world".

I was fully expecting them to say her eyes were fine. It was something that really took us by surprise.

I felt so bad when we saw her glasses and realized how severe her prescription was, +4.5 on both sides. She's 'extremely far sighted', which means she can't see near. But kids who are far sighted, usually can't see near OR far. So these help her see both without all the eye strain. Which totally explained why writing thank you notes was such a grueling process and she was "tired" five seconds after starting. Her eyes were truly tired. We have her follow up exam coming up in a couple weeks to make sure all is well.

I thought I would have a hard time getting her to wear them, but from day one she has done great!! Im sure because they help her so much. And she's been super responsible with them. They are constantly dirty though!!

So Teagan has already been to her five year well exam a good month early. To her dismay, she passed her eye exam and doesn't need glasses.

Anyway, we love Presley's glasses and are so glad she can see!! We've already seen an improvement in her school work! 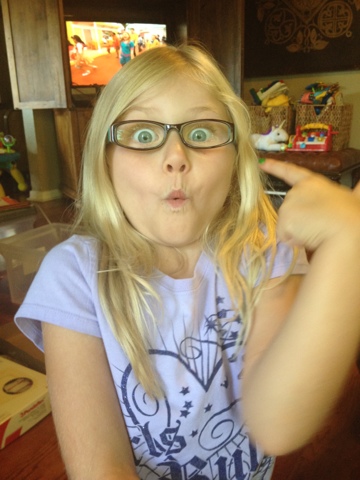 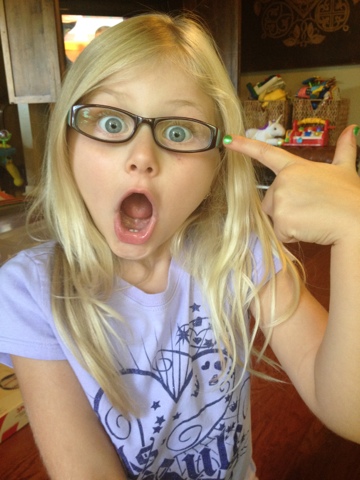 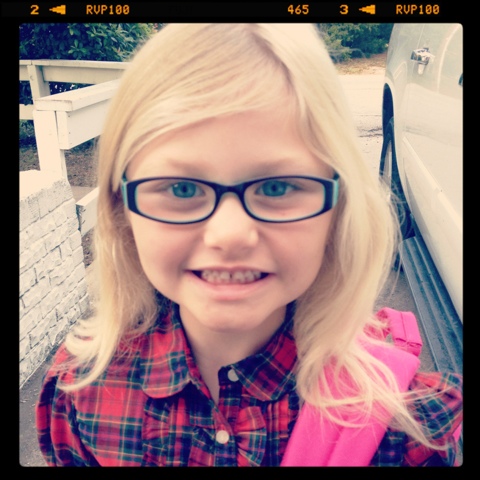 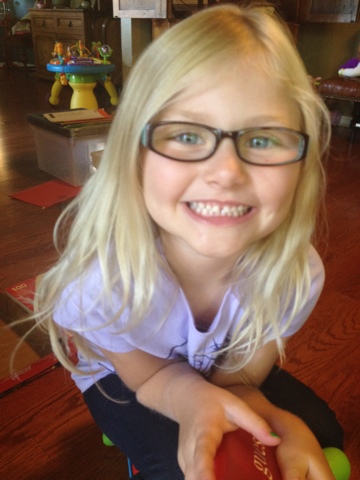 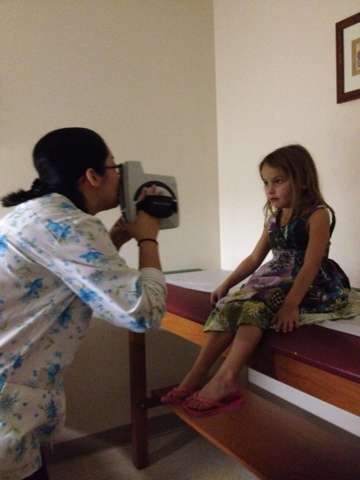 Posted by PointerFamily at 8:35 PM