...reality television. Really all television. I hate to get sucked in and the time that's wasted on it, you just can't get back. So, if Price is watching something, I'll catch a bit here and there while I'm doing other things (laundry, picking up, tending to the wee ones). So, in this house, I tend to watch what Price watches and sometimes, even though I try to resist, I sometimes get sucked in. The latest show that he has gotten me hooked on, and I have had to actually spend time going back and watching it from the beginning is... 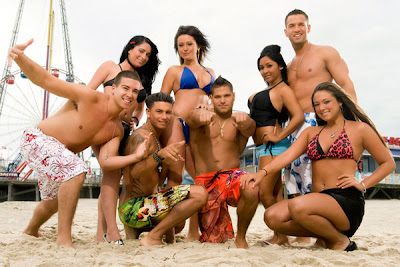 And this guy, Pauly D, one of the cast members, reminds me of someone! 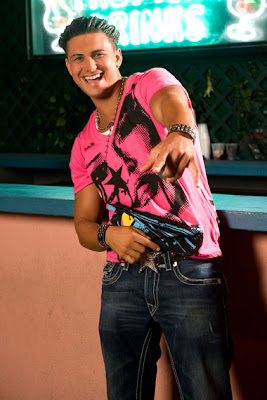 I'm coming to the conclusion that I may have married a man who was at one time a guido! Just take a look! 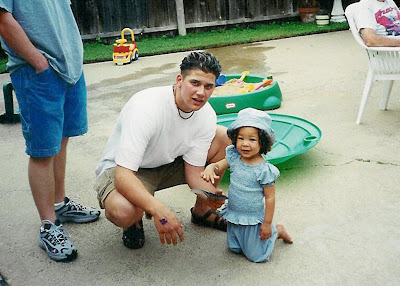 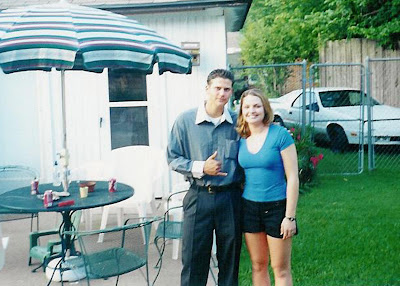 I had to scan these pictures in and they weren't great to begin with. BUT, it shows you what Price's hair looked like when we first started dating in March of '99. Just like Pauly D's!!! Can you believe that Price and I have been together for almost 11 years!! Fist pumps!! Anywho, just like Pauly D, Price got a lot of flak about his one of a kind hair style. But it was among one of the many things that made me fall in love with him. Love ya, babe!

Posted by PointerFamily at 3:30 PM