This particular morning was freezing!! AND it was crazy hat, tie and sock day. So we tried to get festive. 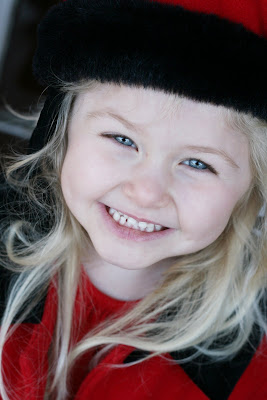 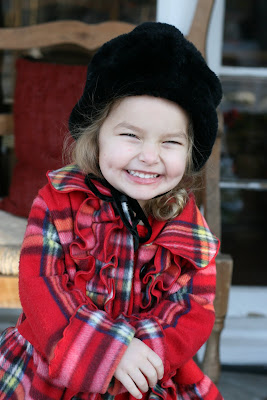 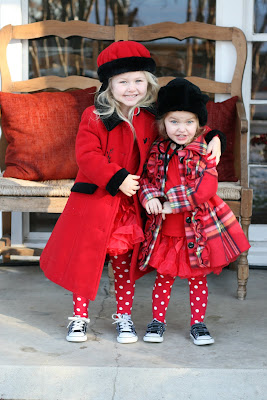 It's quite a change trying to get two girls ready and on time! I've figured something out recently that helps us have a pleasant morning. Let the girls lounge in bed and wake up for a good 10 minutes instead of letting them sleep as late as possible and then rush them every step of the way. (I gave myself a big, DUUUUH, on that one.) Anyway, yesterday we had a great morning and we were EARLY! So early that Teagan was the first kid in her classroom. She walked in like a big girl, saw there were no other kids and turned around and asked, "where are all my friends?" I praised them numerous times when I dropped them off and picked them up and rewarded them with going to the big park by our house. It was such a beautiful day yesterday!
So with the girls both at school, I have ten hours a week! At first it was really weird, because I haven't been at home without the girls and without Price since before Presley was born. And even before that really because I worked all week. So it's quite a change, but a welcomed one. I've been one mean cleaning machine. Seriously, I have gotten so much cleaned up and out and donated that I'm feeling good! Each time, I tackle a big project. First I clean out our bathroom - drawers, under the sink, and cleaned it from top to bottom, side to side. Then I cleaned the other bathroom the same way. Then the girls' room and closet and drawers. I still have a lot to do, but I finally tackled the playroom this week. I tried to go in there several times and start, but each time I just walked right back out. I keep the door shut so Mav can't go in there and chew up toys, so its easy to shut off the mess and not have to think about it. After Christmas, I did get in there and purge a lot of toys and that has helped tremendously! Now, my goal is to work picking it up into our night time routine before we get ready for bed. I'll let you know how that goes. Getting them to pick up is like pulling teeth!
Posted by PointerFamily at 7:44 AM